Julian Bishop has had a lifelong interest in ecology and worked for a time as Environment Reporter for BBC Wales. He’s now a member of the collective group Poets For The Planet. A former runner-up in the Ginkgo Prize for Eco Poetry, he’s been shortlisted for the Bridport Poetry Prize and is one of four poets featured in a 2020 pamphlet called Poems For The Planet.

He’s recently had poems in Magma, The Morning Star, XR’s Rebel Talk, Riptide Journal and Finished Creatures magazine. His first book, a collection of eco poetry called We Saw It All Happen, is being published in January 2023.

Poems For The Planet pamphlet available at: https://www.maggiebutt.co.uk/poets-for-the-planet

Life in a few paragraphs: I grew up in Castle Combe, Wiltshire where my parents had an antique shop. I went to the village school and afterwards to a school in Bath. Most of my childhood was spent walking dogs and reading Moomintroll books. I won a place at Pembroke College in Cambridge where I read English and edited the student newspaper. Became obsessed by Seamus Heaney’s work (still am…).

My first job was as a cub reporter on The South Wales Echo where I rose to the giddy heights of being Rock Correspondent. Somehow managed to interview U2, Motorhead and Michael Jackson (yes, really). I had hair in those days… Attempted to manage a band from Treorchy called The Peruvian Hipsters. Then I got a job with BBC Radio Wales followed by a job on TV.

I joined ITN as part of the relaunch team for News At Ten, fronted by their new presenter Trevor McDonald. Spent 10 years at ITN editing programmes and reporting on business stories before going to the BBC where I worked on their 10 O’Clock News and on business shows such as Moneybox and Working Lunch. I left to go freelance and ended up as a producer on the Chelsea Flower Show and with BBC Live Events. Now I train people how to do interviews with journalists.

I live in Barnet, North London with my wife and a family that includes two daughters, two cats and a dog. And yes, most of my time is still spent walking dogs and reading Moomintroll books. 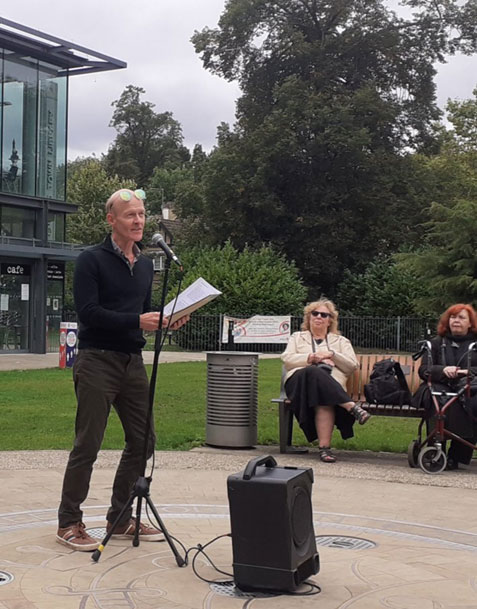